One of the core activities in the project is the pilot-scale validation of the entire process chain from biomass gasification up to hydroformylation of the C5-C10 hydrocarbon fraction. The front-end process chain comprising of the gasification, gas clean-up and Fischer-Tropsch (FT) synthesis steps was assembled at VTT at end of March 2020, and the newly developed cobalt-based Fischer-Tropsch catalyst by CSIC was loaded into INERATEC’s microstructured FT reactor. Despite the challenges set by COVID-19, the pilot experiments could be executed on schedule; altogether five week-long test runs were carried out at VTT’s Piloting Centre Bioruukki in Espoo (Finland) in April-June 2020 using bark and wood pellets as feedstock. The Fischer-Tropsch oil and wax were recovered downstream the synthesis reactor by condensation and sent to distillation to NESTE. Following distillation, the C5-C10 hydrocarbon cut was further shipped to partner MPI for hydroformylation experiments. 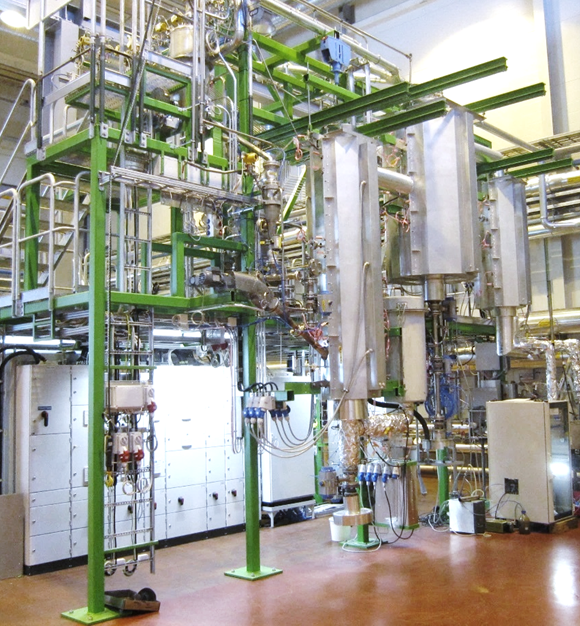