The Agencia Estatal Consejo Superior de Investigaciones Científicas (CSIC) is the largest public multidisciplinary research organisation in Spain and the third largest Europe’s research organization. CSIC collaborates with national and international universities, public RTD organisations, SMEs, companies and other institutions of a scientific/technological nature. It has a staff of more than 13,500 employees, and trains more than 4,000 pre- and post-doctoral young researchers. The CSIC has 123 research institutes distributed throughout Spain, including 53 Joint Research Units co-managed with universities and other research institutions, and holds a delegation in Brussels. It has considerable experience as both participant and manager of Research and Technological Development projects and training of research personnel in the framework of European R&D programmes. CSIC signed 404 actions (of which 37 were directly as coordinator) under the 6th Framework Programme of the European Commision, and 726 actions (of which 70 coordinated by CSIC) under the 7th Framework Programme.

The Instituto de Tecnologia Química (CSIC-ITQ), Chemical Technology Institute, is a Joint Research Centre founded in 1990 by the CSIC and the Universitat Politècnica de València (UPV). The CSIC-ITQ is a worldwide recognized research institute which hosts 33 staff scientists alongside more than 75 PhD and postdoctoral researchers and 20 lab technicians. Research activities integrate the fields of catalysis and materials science through a multidisciplinary approach. Its staff conforms a highly qualified and multidisciplinary team of specialists in the design, synthesis, and development of innovative catalyst materials for chemical reactions of industrial interest, with particular focus on processes related to the production of energy vectors and platform chemicals. The CSIC-ITQ holds the Severo Ochoa Scientific Excellence Accreditation, since the creation of this program in 2011 which recognizes and supports ca. 20 Spanish research institutions, from all scientific and technological areas, which demonstrate international scientific leadership through high-impact scientific innovations and technological transfer. The CSIC-ITQ is participant or has participated in many European projects with other worldwide recognized research institutions and some of the most important companies related to petrochemistry, refining, catalyst preparation and green chemistry. These research activities generate ca. 130/year scientific publications in high-impact international journals (15 articles in Science & Nature journals in the last 5 years) and bring the CSIC-ITQ among the leading European public research centres in terms of technology transfer activities in the field of catalysis, with 123 patents generated in the period 2005-2015, 32 of which have been licensed/transferred to industry. In addition, the institute has a successful trajectory as partner in research consortiums in the framework of the European Commission programmes, including COMBICAT (FP5), AURICAT (FP6), OCMOL, NEXT-GTL, NASA-OTM, NOVACAM, GREEN-CC and NEWAPP (FP7) and is very active in scientific divulgation to the general public. 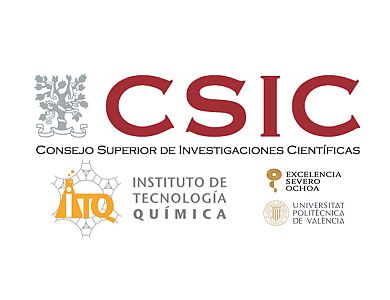 The CSIC partner has achieved advancements in solid catalysts for the conversion of (bio)syngas into hydrocarbon pools with unusual compositions, in line with the concept underlying REDIFUEL. With these findings as seeding point, researchers at the Instituto de Tecnología Química (Valencia) engage with project partners in further catalyst development activities aiming at pilot scale process demonstrations.