Result has been achieved on 9 October 2018 in the first month of the project.

The theoretical composition of the C6-C11 bioalcohol fraction in the ultimate REDIFUEL biofuel has been estimated based on the intrinsic reaction kinetics afforded by the 1st generation FT and hydroformylation catalysts. This composition has been shared with partners to prepare surrogate alcohol mixtures, from commercial pure alcohols and blends thereof. This synthetic mixture enables work around the fuel matrix design and preliminary engine tests to set in before relevant amounts of the biofuel are produced later in the project. 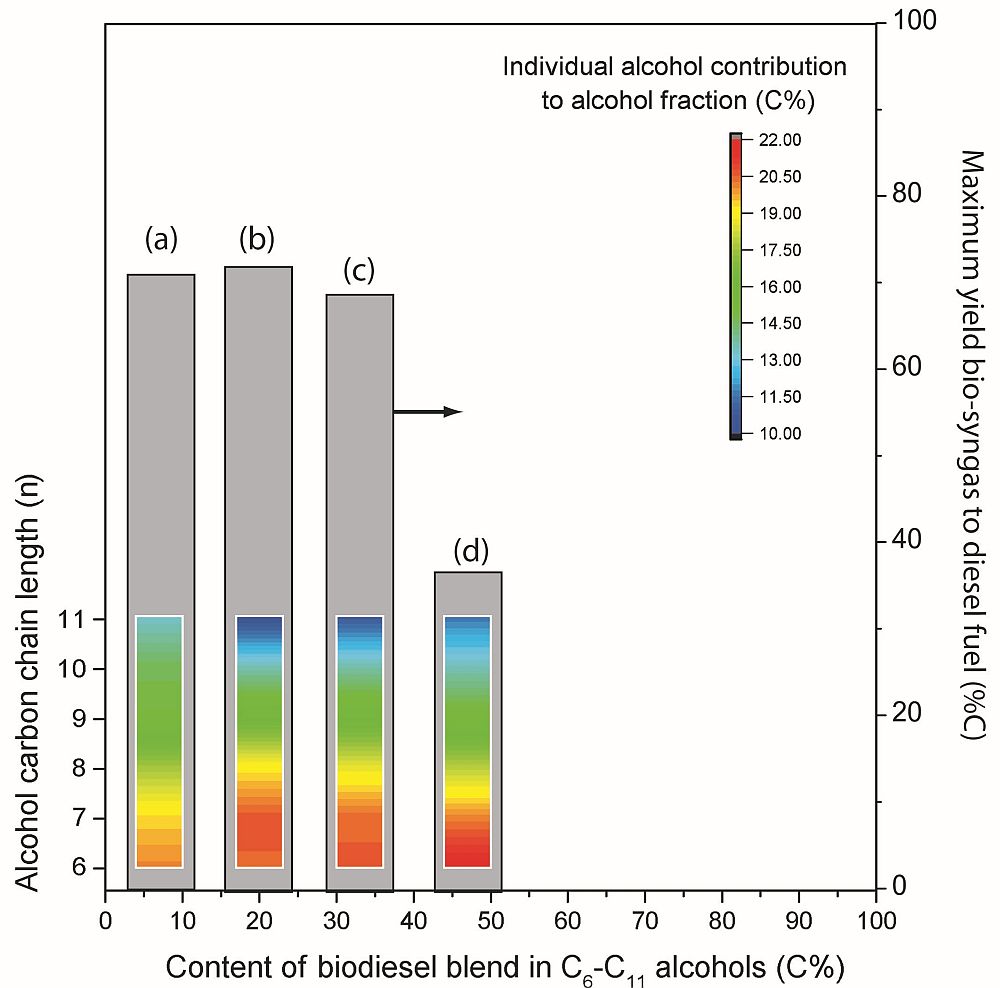