The Max Planck Society for the Advancement of Science (German: Max-Planck-Gesellschaft zur Förderung der Wissenschaften e. V.; abbreviated MPI) is a formally independent non-governmental and non-profit association of German research institutes publicly funded by the federal and the 16 state governments of Germany. It is named in honour of its former president, theoretical physicist Max Planck.

The 84 research institutes of the Max Planck Society (as 2018) conduct basic research in the interest of the general public in the natural sciences, life sciences, social sciences, and the arts and humanities. They have a total staff of approximately 23,000 permanent employees, including 14,036 scientists. Their budget for 2017 was about €1.8 billion, with 80% from state and federal funds. The Max Planck Institutes focus on excellence in research. The Max Planck Society has a world-leading reputation as a science & technology research organization, with 32 Nobel Prizes awarded to their scientists, and are generally referred as the foremost basic research organization in Europe and the world. In 2006, the Times Higher Education Supplement ranking; of non-university research institutions (based on international peer review by academics) placed the Max Planck Society as No.1 in the world for science research, and No.3 in technology research (behind AT&T Corporation and the Argonne National Laboratory in the United States).

The Max Planck Institute for Chemical Energy Conversion (MPI CEC) has grown out of the previous Max-Planck institute for Bioinorganic chemistry. Its mission can be broadly described as fundamental research in homogeneous and heterogeneous catalysis relevant to the activation of small molecules. The institute has a longstanding history in the application of physical (foremost spectroscopic) and theoretical methods in order to elucidate the geometric and electronic structures of open-shell transition metal complexes. In addition, expertise in chemical synthesis, electrochemistry and transient kinetics is available.

The MPI CEC is involved in this proposal through the department of molecular catalysis headed by Prof. Walter Leitner. The Division of Molecular Catalysis addresses scientific challenges in the area of organometallic chemistry ranging from the molecular fundamentals to the development of novel reaction-engineering concepts. The research topics are aligned with the principles of „Green Chemistry“ and comprise in particular the use of CO2 as chemical building block and the selective transformation of bio-based feedstocks, as well as the utilization of advanced reaction media such as ionic liquids or supercritical fluids. The actual project plans are based on a rational mechanistic understanding, whereby computational chemistry plays a major role in the analysis and for predictive catalyst design. 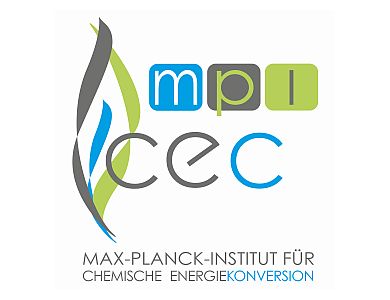 Redifuel gives the possibility to work as part of the whole application chain from waste product to the actual filling fuel in a tank. This thrilling project is great to prove the importance of Synfuels for the future.