To enable the initial screening of REDIFUEL at early project stages, surrogate fuels must be selected due to the limited availability of the final product at the beginning of the project. Max-Planck-Institute (MPI) provided a sample of the target alcohol mixture (TAM) for analytics. The TAM contains both linear chain and branched alcohols. As a surrogate replacement for TAM, a mixture of individual linear chain alcohols (surrogate alcohol mixture, SAM) has been selected and its suitability to represent the TAM has to be proven. With the available portion of the TAM, most of the important properties such as density and viscosity are compared with the surrogate mixture. In this process, also the compliance of TAM (blended with GtL and Diesel) to the EN 590 standard is checked. The measurements contribute to a selection of a suitable fuel matrix to conduct further investigations using the surrogate mixture. 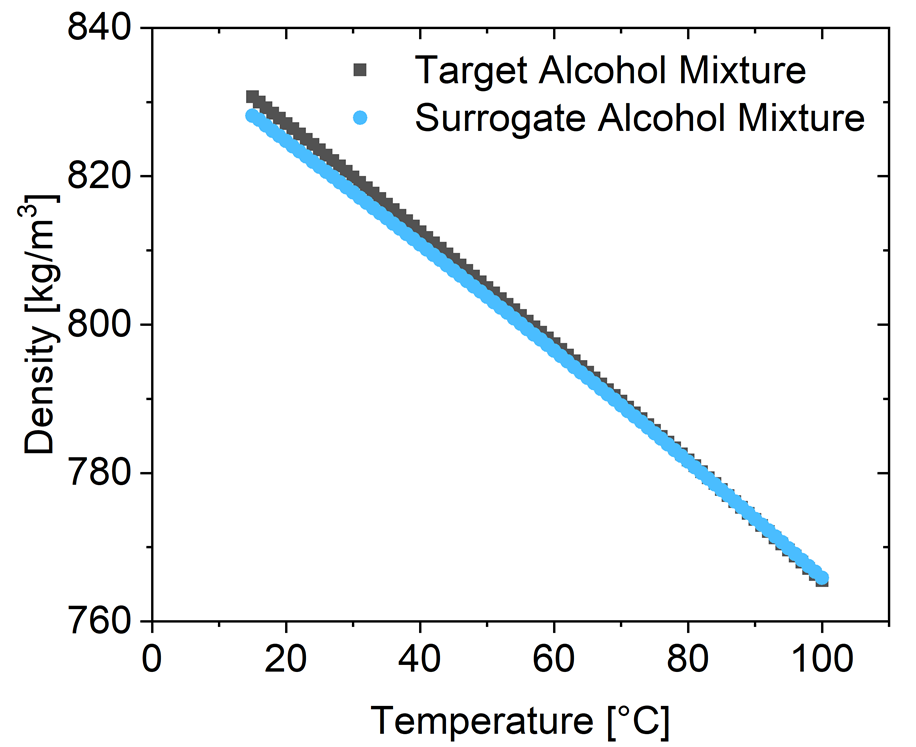 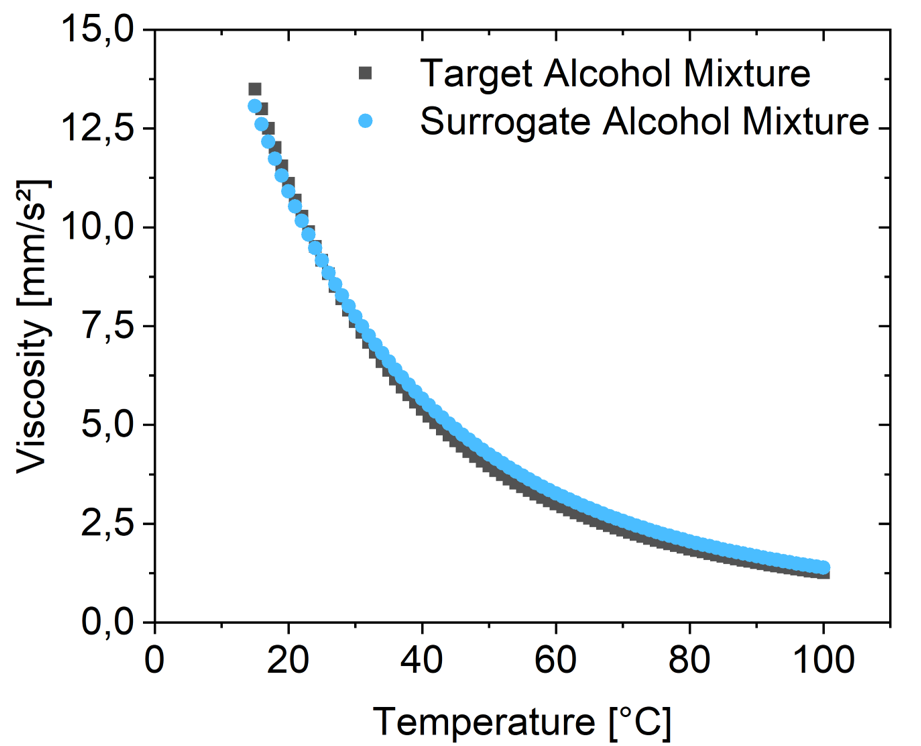