Result has been achieved in April 2012 in month 31 of the project.

A combined experimental and theoretical study uncovered how the combination of accelerated molecular transport across the pores of solid catalysts and surface oxide promoters can tweak the composition of products in Fischer-Tropsch processes. The team used tomographic imaging methods, in situ spectroscopy techniques and Density Functional Theory computational calculations to understand how short residence times of molecules within the pores of cobalt catalysts, alongside the inhibition of consecutive reactions, enable the conversion of (bio)syngas feeds to synthetic hydrocarbons which are unusually enriched in liquid (C5-C10) terminal olefins. Catalyst formulations reached activities up to >160 mmol CO gcat-1 h-1 at mild temperatures (<210ºC) while olefin contents in the light condensate products were as high as ~70%, with essentially no side-production of carbon dioxide. The mixture of synthetic hydrocarbons produced is amenable to upgrading into both high-cetane paraffinic diesel and mid-chain terminal alcohols. After blending, these two product fractions conform the biogenic Redifuel diesel, which exhibits soot inhibition properties. Part of these results have been published and are accessible open access at https://doi.org/10.1021/acscatal.0c05027. 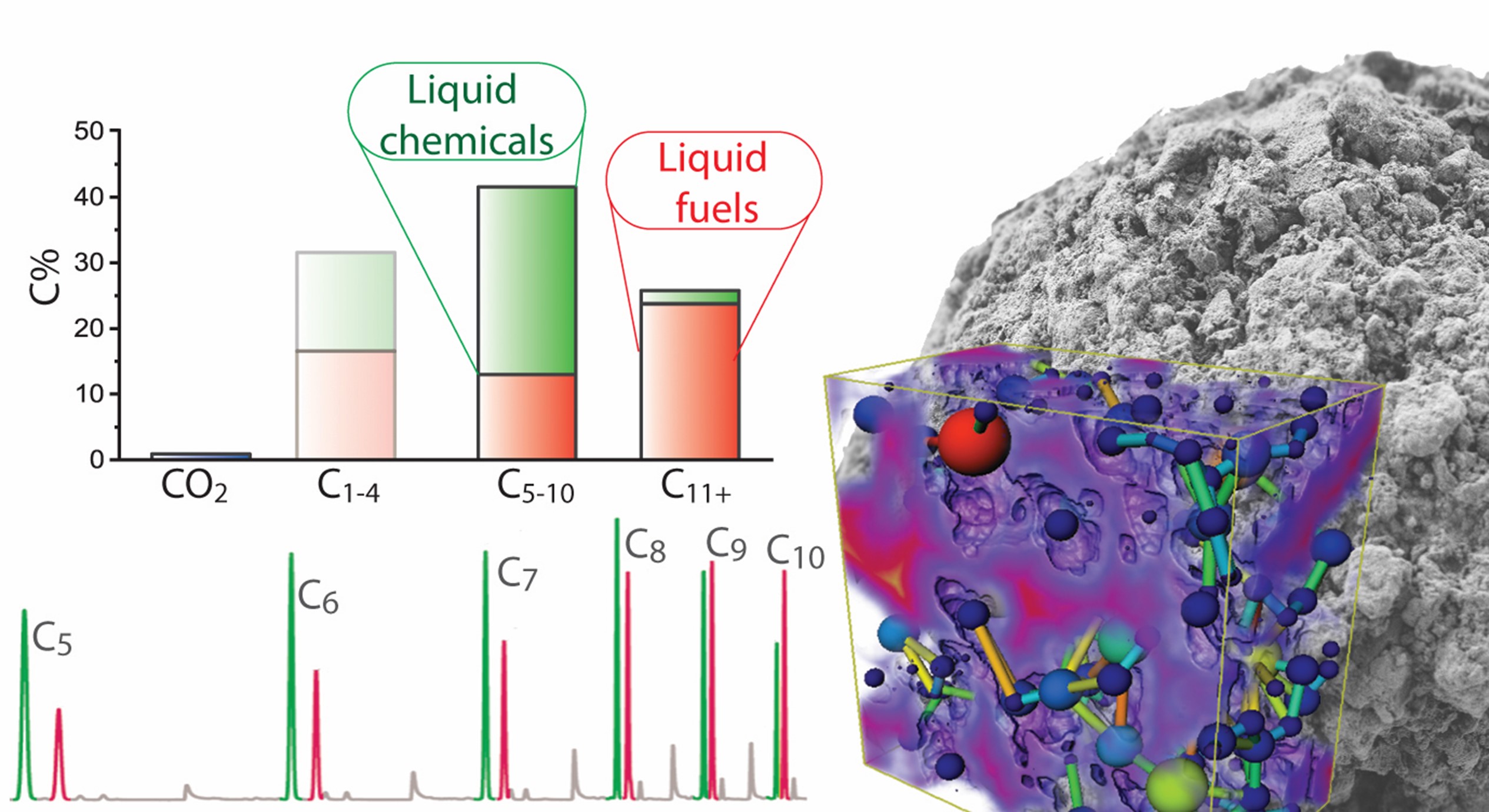